and what to do it about it now. 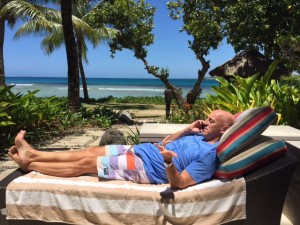 If I sound relaxed in this interview, it’s because I was lucky enough to do it whilst on holiday in Fiji. Baby Boomers tell me this is a key reason they want to do something online, so they can have their “relax time” and still do bits of work here and there.

According to the Herald Sun newspaper, Australians are not leaving themselves enough money in retirement and are getting financially caught out

Only 28 per cent of working Australians aged 50 to 80 believed they would have enough savings to retire when they wanted to and it’s likely most would outlast their savings by at least five years.

Almost one in two Australians expect to retire by the time they reach 70 or above, new research by consulting firm Mercer found.

Retire at 60 and you will have to fund at least another 25 years on average.

I regularly meet and teach members of the ‘Baby Boomer’ generation (born between 1946 and 1964). I’ve been doing so since 2002. They make up the biggest portion of my students.

What I see is a big majority of people who are getting left behind by technology, and they’re struggling to keep up.

You may have lost your job for instance. (The research also found an alarmingly high number of Australians – 40 per cent – are forced into retirement because of redundancy or illness before they were ready to call it quits.)

It’s not so easy to bounce back into the workforce when you’re between the ages of 50 and 69. The demand for your skills just isn’t there like it used to be.

Or if you haven’t lost your job, then you’re in a job that you don’t like and would love to get out of, if you could afford to.

Or your business has closed down. And you’re hesitant to take the risk of starting another one before you retire. 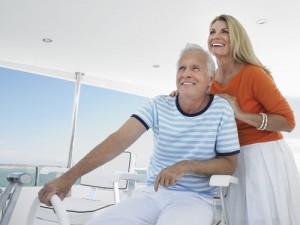 You’re concerned about having enough money to live on in your retirement.

The Association of Superannuation Funds of Australia’s retirement standard found a couple looking to have a comfortable retirement need $58,128 a year while those seeking a modest retirement need to spend $33,664 per year.

You’re unhappy about having to work beyond your retirement age.

Living costs are increasing, but your income is decreasing.

Does this represent you? Maybe… maybe not.

But it does represent a big enough proportion of this market for me to even be able to name the issues above.

My view is not taken from a study or report, but from listening to thousands of baby boomers in person.

What can you do about it? Plenty.

According to the report, “Airtasker Future of Work Research January 2015″

The Government’s debt is increasing. They’re having to sell State-owned assets in order to plug the holes. And I bet you can’t name a single politician who is presenting a clear, concise and self-evident vision to turn things around. Instead, you hear the same types of promises and policies that got us into this mess.

Change your approach as soon as possible. If you’re a baby boomer and you want to increase the amount of money you have to retire on, then you need to take immediate action on retooling your skill set so that you become an asset again. The old jobs are gone and they aren’t coming back.

You’re competing with younger people who not only understand the internet, but use it many times every single day, and also find it easy to make money from it selling other people’s products as affiliates; importing and selling their own products, or selling their own services online.

By the way, those same younger people are also bored of Facebook. While you’re still working out how to change your status, they’re already moving on to other social media platforms like “Yik Yak” and “GroupMe”. Why? Mainly because YOU are on Facebook. Sheesh… young people these days…

So the world is changing faster than you know.

Don’t give up. Get some education from people who are producing the results you want to achieve online. Find successful people and pay them to teach you what they’re doing.

The internet is a tool that on the whole you use to check email and to socialise, but it’s unlikely that you understand how to use the internet into a business tool.

You’ve heard and seen others who are doing it, but it still remains a mystery as to how you could do it too. Find out how and discover a whole way to give yourself cash flow. 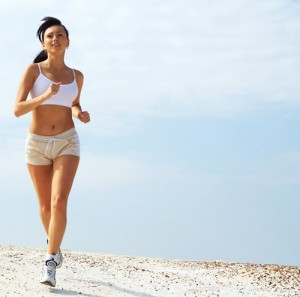 Be ready to make some mistakes. Mistakes are good. You learn from your mistakes. Look to the internet as your tool of choice for business. It’s the cheapest place to fail. So start failing quickly and cheaply.

You have skills and experience which the younger generations simply can’t have.

You also have good strong values that are not so common these days – values which would be a good idea to share.

Turn your experience into an information product that others can learn from. Take the asset of your experience and use it as a way to earn an income. Teach others what you know, but do it as a business.

Package your knowledge, your wisdom and your opinion into a product and sell it.

Don’t sell your time. Selling your time is an awful idea. Time is the commodity that you want to get back most in your life right now.

So don’t sell your time (e.g. a job) – sell products instead. You can sell as many products as you want, but time is precious and something you want to have more of in your life, not less.

I have a book on my desk right now called “Pregnancy Nutrition” – written by a student of mine with no experience in that field. But she found someone who did have the experience and helped turn their knowledge into a book. Why not you too?

And above all else, don’t think that because you’re getting older that you are of lesser value.

In fact, you’re worth more. While you’re bank account may not show it, you already know that deep inside you have what it takes to help others, and that you have immense value. This value will rise to the surface, if you too decide to let it.

That’s my view, what’s yours?

Brett McFall is the founder of Online Marketing Centre, Australia’s first school of internet marketing. He’s the best-selling author of “How To Make Money While You Sleep,” and has shared the stage with Sir Richard Branson, Donald Trump, and Tony Robbins. For a free report that reveals the 3 simple steps you can take to create your own online business, visit: www.OnlineMarketingCentre.com.au